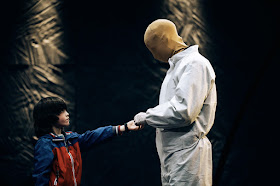 Essentially, you’ve got to forget it ever happened,” the solicitor tells his client. “Put it behind you and start a new life, on your terms, with incredible resources.” That’s easier said than done. Tom (Tom Sturridge) has just received an £8.5 million payout as compensation for being severely injured in a freak accident – but how can a man move forward with his life when both his body and mind still bear such fresh scars?

As he hobbles around his small flat, fragments of memories keep flashing into Tom’s ruptured brain, giving him a reason to exploit his sudden and unexpected wealth. He finds a location that matches the home in his mind’s eye and hires actors to play roles within it, hoping that some kind of Proustian spark – the smell of liver? The sound of a piano? – will reconnect him with his former self. 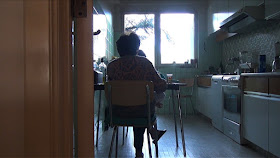 No Home Movie is haunted by two ghosts. The subject of Chantal Akerman’s film is her mother, Natalia, who passed away in April 2014 at age of 86, and the director herself who died in 2015, shortly after the film’s world premiere. Akerman may not have originally intended for No Home Movie to be her swansong, but there is the inescapable feeling of a chapter being closed with this film. Akerman’s relationship with her mother was one of the themes that united her eclectic body of work, with Natalia being a key figure in many of her installation pieces and most memorably in her 1977 film News From Home, to which No Home Movie feels like a companion piece.

Just as in News From Home, mother and daughter spend part of No Home Movie communicating from different continents, although this time Skype makes the interaction more direct. “I want to show that there is no distance in the world,” Akerman tells her mother who, with a look of confusion, peers into her monitor. “You always have such ideas, don’t you darling?” Natalia smiles back. At other times, Akerman and her mother sit across the table from one another to continue their conversation. “Tell me a story,” Akerman asks of the woman who fled Poland in 1938 and survived internment in Auschwitz, where her own parents died. Even as the pair discuss the most mundane things, such as Natalia’s upcoming medical appointments, or the best method of preparing potatoes, we get the sense that every moment is precious for a daughter who knows that the time she has to spend with her mother is rapidly running out. 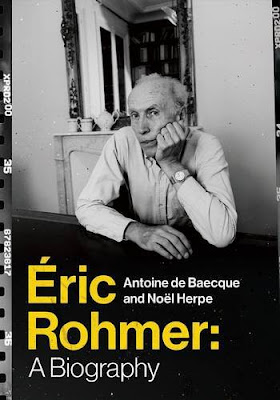 Who was Éric Rohmer? Well, for a start he wasn't Éric Rohmer. The man we celebrate as one of the central figures in the nouvelle vague began life as Maurice Schérer, and Éric Rohmer was just one of many names he adopted throughout his lifetime. When he wrote the novel Elizabeth in 1946 he published it under the name Gilbert Cordier, and when he was trying to raise money to make his first 16mm short films he did so as Antony Barrier. The Ciné-Club du Quartier Latin's Bulletin introduced Barrier as “a young American avant-garde director who has just won the prize given in the United States for the best amateur film.” The report was written by Chantal Dervey, another pseudonym.

Why so secretive? In Éric Rohmer: A Biography (published in France in 2014 and now translated by Steven Rendall and Lisa Neil), authors Antoine de Baecque and Noël Herpe describe secrecy as “the true passion of his life” but note that this clandestine nature “did not conceal scandals, anti-conformist habits, or provocative commitments, and still less a complicated family romance or a closeted second emotional life.” Rohmer simply kept his personal and professional lives completely separate, to the extent that the Schérer clan (with the exception of his wife Thérèse, who was complicit in the lie) didn't know what he actually did for a living. Rohmer had grown up in a family driven by the importance of a classical education that looked down on cinema as a low artform, and Rohmer's mother died in 1970 believing that her son was working a teacher, rather than an acclaimed filmmaker and critic. “That would have killed her,” he said.

Modern Romance and Check the Gate at The Prince Charles Cinema 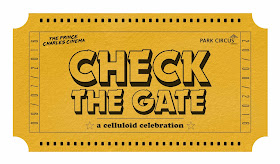 As the digitisation of cinema continues apace, the debate about the continued relevance of 35mm has largely focused on issues of shooting and preservation, but one key aspect of the celluloid issue that rarely gets discussed is that of film exhibition. Watching a film on a 35mm print is a distinct pleasure that is disappearing from our cinemas as too many (including the venerable BFI Southbank) opt for the cheaper and easier DCP options. I have access to a lot of HD digital copies of films at home, so when these cinemas screen a classic film on DCP (often using the ridiculous oxymoron “digital print”) there is no motivation for me to buy a ticket, whereas a presentation on film has a life, a texture and a richness to the image that no digital simulacra can match.

While we have probably lost the battle for new releases being released on prints (aside from a few who still use their muscle to do so), the presentation of older films in the original format is a battle that’s worth fighting. So I’m thrilled to be involved in Check the Gate, a new season of films at the Prince Charles Cinema in collaboration with Park Circus aimed at championing the experience of watching films projected from film. The Prince Charles has firmly established itself as capital’s home of celluloid with a continuing programme of 35mm and 70mm presentations, and for this season they invited a variety of curators to choose a film that they would love to see projected.

We at The Badlands Collective have taken the opportunity to present Modern Romance, Albert Brooks’ brilliant and criminally undervalued romantic comedy, which is unavailable in the UK on DVD or any streaming service, and while Brooks has been hailed for a number of his acting performances in recent years, his great work as a director – particularly the four films he made between 1979 and 1991 – are frequently overlooked, when they should be as iconic and acclaimed as the work of Woody Allen. Our screening of Modern Romance takes place on August 11th at 20:45 and tickets are available here.

While you’re on the Prince Charles website, check out the rest of the Check the Gate lineup, which constitutes the best repertory cinema programme that I have seen in many years. I’m particularly excited about 35mm presentations of Apocalypse Now, Thelma & Louise, In a Lonely Place, O.C. & Stiggs and Pride of the Yankees – plus the mouthwatering prospect of The Right Stuff projected from 70mm – but whatever you’re into, you’ll find something to excite you in this eclectic and brilliantly curated season. The full list is here. 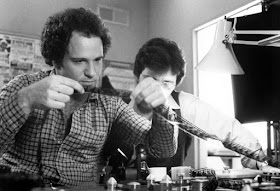 The Measure of a Man

If the art of listening is the key to good acting, then Vincent Lindon’s performance in The Measure of a Man is a masterclass. He plays Thierry Taugourdeau, a longtime factory worker now seeking employment having been laid off in a round of redundancies some 20 months prior. For much of Stéphane Brizé’s quietly engrossing character study, all he can do is sit and listen as a variety of people explain why his chances of finding a job are so limited.

In the opening scene, we find him in an employment centre trying in vain to understand why the course he spent four months training on is useless because nobody informed him of an additional qualification that was required to land a job. All Thierry wants is to go back to work and provide for his family, but he’s trapped in a system that keeps shifting the goalposts.