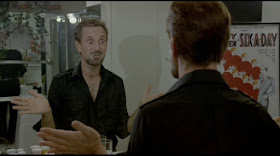 You might have noticed that things have been a bit quieter around here these days. When I started this blog many years ago I was very prolific in reviewing new releases but for various reasons that pace has slowed. I simply don’t have the free time to devote to this blog that I used to, and while I am still writing for a variety of magazines and websites, this place has unfortunately fallen by the wayside. I’m hoping to change that over the coming months and perhaps I’ll use Phil on Film for shorter reviews and articles rather than attempting to write a full consideration of everything I see, as I could do once upon a time. It would be nice to kickstart this blog and hopefully I’ll be able to get back into the groove soon ahead of the upcoming London Film Festival.

One reason why my free time has been at a premium is because I’ve added film programming to my part-time activities, hosting events as The Badlands Collective with my colleagues Ian Mantgani and Craig Williams. Putting on these screenings and promoting them takes an awful lot of work but we have had some great events this year – a sold-out 35mm screening of Topsy-Turvy with a Mike Leigh Q&A and the UK premiere of the extended cut of Once Upon a Time in America followed by an Elizabeth McGovern Q&A – and we have some very exciting events coming up soon. 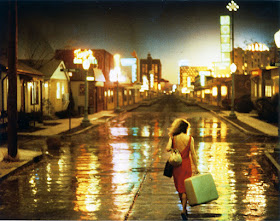 On August 26th we are very proud to be showing two thrillingly unconventional and ambitious musicals at the lovely new Regent Street Cinema. In All That Jazz and One From the Heart two Oscar-winning directors put everything on the line as they experiment with the musical form; Bob Fosse turns the camera inward and explores his own personal failings with lacerating honesty and stunning artistry, while Francis Ford Coppola gambled his reputation, his career and his finances on a studio-bound love story – a gamble he ultimately lost. These films complement each other in a number of ways and as both films are too-rarely screened we’re thrilled to be projecting both from 35mm prints. You can find out more information and get tickets for these events here.

In September we are putting on our most ambitious event yet. To pay tribute to the legacy of Cannon Films – celebrated earlier this year in the documentary Electric Boogaloo – we have programmed three thematically linked double-bills at three cinemas throughout the month. On September 14th our season begins with a look at Cannon’s relationship with cult authors, and the Prince Charles Cinema is our location for the wryly humorous and insightful Barfly, written by Charles Bukowski, and the crazily underrated thriller 52 Pick-Up, which was adapted from his own novel by the great Elmore Leonard. 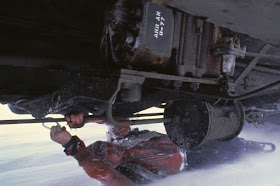 Then on September 20th we’re back at Regent Street to focus on the eclectic career of Russian director Andrei Konchalovsky, who made one of the great action films of the era in 1985 with Runaway Train, a potentially straightforward genre film that grows into something greater and deeper with Oscar-nominated performances from Jon Voight and Eric Roberts, and incredible stuntwork. We’re following that with a real rarity: Konchalovsky’s 1987 drama Shy People, which won a Best Actress award at Cannes for Barbara Hershey and looked set to be an Oscar contender before its bungled distribution ensured it went largely unseen for years. As Roger Ebert wrote, “Of all of the great, lost films of recent years, Shy People must be the saddest case.” We’re so happy to be bringing this forgotten gem to a new audience, particularly when it has never even received a DVD release.

Finally, we’re focusing on Christopher Reeve in our third double-bill. Having publicly declared that he would never play Superman again after Superman III, Reeve was determined to do something that expanded his range and changed public perception of his work, but in order to get his passion project made at Cannon he was required to step into the blue tights one last time. As neither film would exist without the other, we’re presenting both Street Smart and Superman IV: The Quest for Peace at the Brixton Ritzy on September 27th. Street Smart is a hugely undervalued thriller, which boasts a revelatory performance from Morgan Freeman, while Superman IV is a fascinating look at how the first superhero franchise crashed and burned less than a decade after it had begun (and just two years before Tim Burton’s Batman changed the game again). 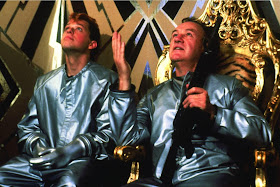 All of these films will be projected from original 35mm release prints and the chances of seeing some of them on the big screen again are very slim. We also have a few ideas to make each of these screenings memorable events in the true spirit of Cannon Films, so please book your tickets here to make sure you don't miss out.

One last thing. Some of you may have also noticed my absence from Twitter in recent weeks. I love Twitter for many reasons, not least the great people it has brought into my life, but I feel I need a break from it for now. I just don’t think the daily dose of cynicism, outrage and pandering is bringing me much happiness and I am conscious of the way checking my phone in every idle moment has become an automatic gesture. I’m using that time instead to read more, to walk around with my head up, and to focus on tasks in hand instead of checking my feed every five minutes. I am sure I’ll return to Twitter at some point, perhaps in a reduced capacity, but for now I’m finding its absence from my life surprisingly liberating.


That’s all for now, and I hope I’ll see some of you at our events soon.
Philip Concannon
Share
‹
›
Home
View web version