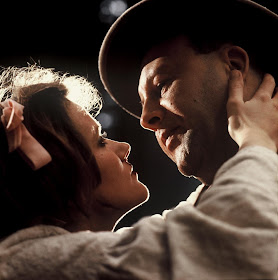 Iain Sinclair turned 70 years old this year, and to celebrate he has given a gift to us all. Over the course of the next year, 70 films selected by Sinclair will be screened across London. Each of the films in the programme has appearing or been referenced in one of Sinclair's books, and together they comprise one of the most eclectic and exciting repertory cinema programmes to grace London in some time. Highlights include a free screening of Fritz Lang's Dr Mabuse trilogy, a double-bill of Douglas Sirk films and an epic weekend at the ICA devoted to Rainer Werner Fassbinder's 15½-hour TV series Berlin Alexanderplatz.

There are films in this programme that I have wanted to see for years. Godard's King Lear, and Dennis Hopper's The last Movie are both ultra-rare screenings that I'm determined not to miss (I'm still angry at myself for missing a London screening of The Last Movie in 2008), and I've long been curious about Barney Platts-Mills' Bronco Bullfrog. On top of this, there are also so many of my old favourites that I'm delighted to have the opportunity to see on the big screen again or for the first time – Bring Me the Head of Alfredo Garcia, In a Lonely Place, Le mépris and It Always Rains on Sunday to name a few. Finally, there are a number of intriguing performances dotted around between screenings, such as a 24-hour radio broadcast of Orson Welles' Mr Arkadin on Resonance FM.

The 70x70 season runs from July 17th 2013 to June 8th 2014, and full listings can be found here. Start adding these dates to your diary now. Some of these opportunities won't come around again for a long time.
Philip Concannon
Share
‹
›
Home
View web version